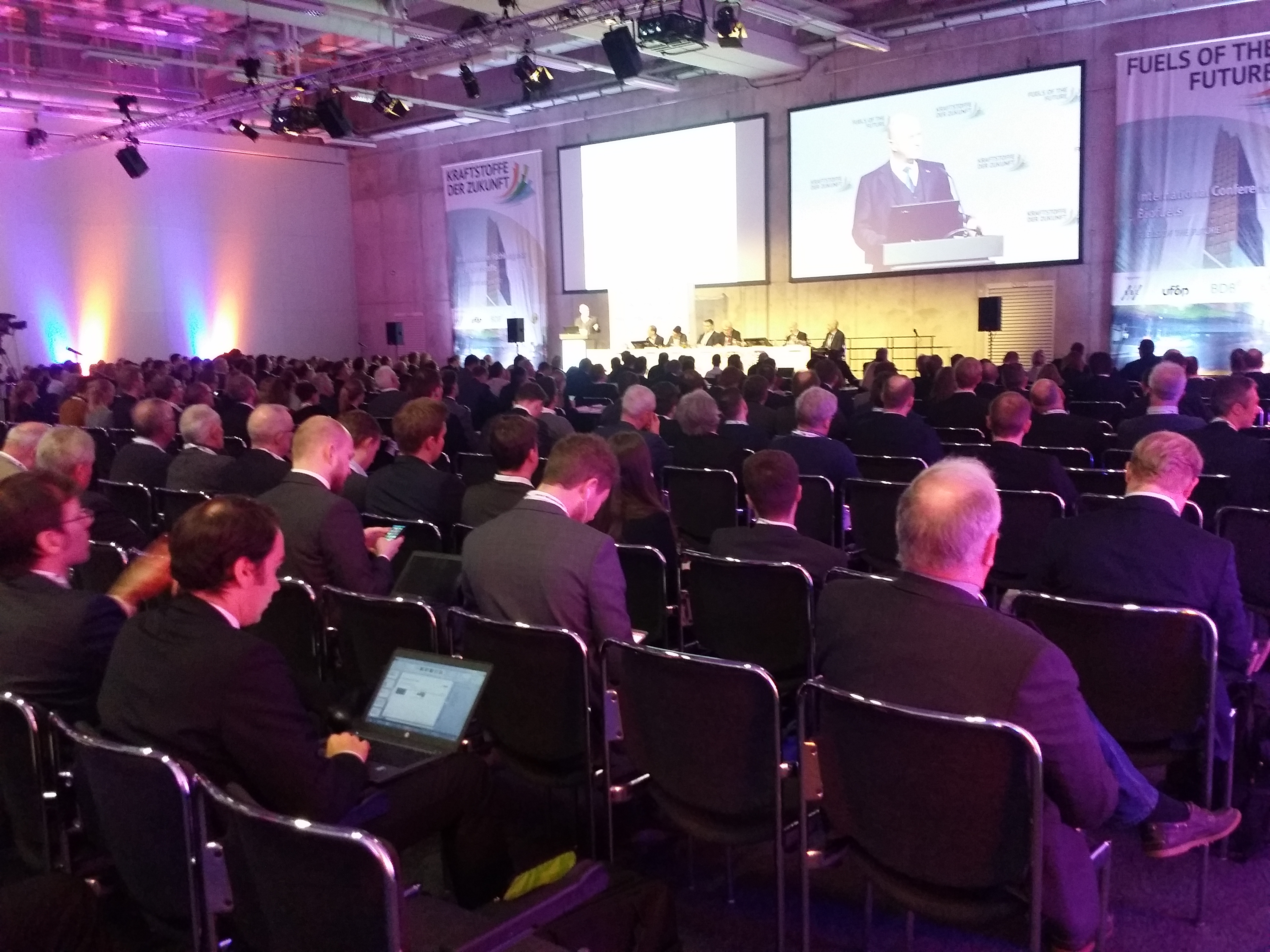 International Conference on Renewable Mobility: Immediately making use of all available options to reach climate change objectives in transportation

Berlin, 22.01.2018. The biofuel industry regrets the position adopted by the European Parliament concerning the revision of the Renewable Energy Directive. At the International Conference on Renewable Mobility, the industry criticises the Parliament’s intent to reduce sales of biofuels from crop biomass.

A minimum content of 10 per cent of the fuels being derived from waste, residues, fuels from surplus power and e-mobility as intended by the Parliament is considered to be unrealistic. The biofuels industry pointed out that the Parliament’s decisions were taken against biofuels from crop biomass and in turn would benefit fossil fuels, as approx. 270 million vehicles across the EU would still need to be fuelled. In light of the upcoming debate between Council, EU Commission and European Parliament (“trilog”), the industry requested that the crucial points adopted by the Council of Ministers on 18 DEC 2017 be confirmed and that any multiple recognition of power and fuels from waste and residues be deleted without substitute. This is the only way for biofuels from crop biomass to reach their full potential in decarbonising the transport business.

Artur Auernhammer, member of the German Bundestag and chairman of the board at the German Bioenergy Association, criticised the members of the European Parliament for their decision on the revision of the Renewable Energy Directive and requested a correction of contents: “We need to apply all available biofuel options to considerably improve the emissions situation in transportation. Biofuel production is also a source for valuable ancillary and by-products, which help reduce emission-laden imports of animal feed for instance.” Auernhammer also voiced his concerns, that a functioning industry must not be surrendered. “The biofuel industry also contributes to sustainably optimising value-added chains in rural areas,” Auernhammer said.

The biofuels industry underscores that the reduction quota for greenhouse gas emissions from fuels introduced in 2015 in Germany has proven to be an efficient and inexpensive tool to fight climate change: Currently, biofuels account for the largest contribution to reducing CO2 emissions in transportation, especially by constantly improving their own greenhouse gas footprint. In 2016, for instance, biofuels used for transportation in Germany on average resulted in greenhouse gas emissions reduced by 77 percent when compared to fossil fuels. An additional increase of another 7 percentage points in comparison to 2015. In 2016, the use of biofuels consequently prevented 7.3 m tons of CO2 equivalent emissions. This increased efficiency in turn leads to a reduced demand for biofuels in diesel and petrol. Therefore, it is high time to raise the reduction quota for greenhouse gas emissions. To further reduce CO2 emissions in transportation, biofuels from crop biomass form an essential component in line with higher engine efficiency, alternative means of transportation and an optimised road infrastructure.

On behalf of the biofuels industry, Artur Auernhammer directs the following expectation to the attention of the new German federal government: “Therefore, starting in 2018, the reduction quota for greenhouse gas emissions should consequently be increased up to 16 percent by 2030, for us to achieve the Council of Ministers‘ proposition of a 14 percent share of renewable energy in transportation.” It is also advisable to seek a corresponding obligation to reducing greenhouse gas emissions for all EU member states, in order to counteract any biofuel imports from waste and residues mainly to Germany, which will have a distorting effect on the market. This, however, also requires unified documentation requirements as well as monitoring of the certification requirements in all member states and an EU database for proof of sustainability.

At the start of the conference on 22 Jan 2018, speakers from the German Federal Ministry of Transport and Digital Infrastructure, from the European Parliament, the European Commission, from international organisations and scientists all present their concepts, strategies and research findings on future forms of renewable mobility. Rainer Bomba, state secretary at the German Federal Ministry of Transport and Digital Infrastructure, elaborates on the role of biofuels in the federal government’s mobility and fuel strategy. Bas Eickhout, member of the European Parliament, explains the Environment Committee’s report on the revision of the Renewable Energy Directive. Kyriakos Maniatis, Head of Division at the Directorate-General Energy of the EU Commission, presents proposals for renewable mobility. Paul Greening, secretary-general at the European Automobile Manufacturer’s Association (ACEA), talks about the future role and requirements for alternative means of transportation and for biofuels from the automotive perspective. Tobias Kuhnimhof, Head of Division at the German Aerospace Center (DLR), shares options for action towards an energy transition in transportation.

During the panel discussion in the afternoon hours of the first day, the discussion will delve into perspectives for renewable forms of mobility until 2030. With Sonja van Renssen, editorial journalist at the „Energy Post“, taking the lead, she will discuss framework conditions for fuels with less CO2 emissions and alternative means of transportation to reach climate change objectives with Helge Pols (Federal Ministry of Transport and Digital Infrastructure), the members of the European Parliament - Bas Eickhout and Marijana Petir, Paul Greening (ACEA), Kyriakos Maniatis (EU Commission) and Norbert Schindler (Chairman German Bioethanol Industry Association).

More than 550 participants from 25 countries have accepted the invitation from the five biofuels industry associations in Germany and will attend the international conference “Fuels for the Future” on 22/23 Jan 2018 in Berlin to learn about market developments, technological innovations and the future of renewable forms of mobility.