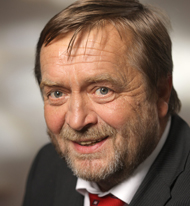 Berlin, 10 February 2020. European agriculture urgently needs reliable sales alternatives to stabilise its agricultural revenue. This is one of the central concerns of farmers in the European Union currently taking to the streets. The “Green Deal” announced by the European Commission could and should create the necessary “impulse” in this matter. Sustainable biofuels from cultivated biomass need to be a part of the overall strategy toward the decarbonisation of the agricultural and transport sectors. Chairman of the UFOP Wolfgang Vogel emphasised this in a letter to members of the European Parliament introducing the UFOP’s “Report on Global Market Supply 2019/2020”.

The UFOP designed this report a few years ago in order to provide facts and figures to counter the recurrent - usually emotionally driven - discussion on "food or fuel". The data presented in the report provided clear results. According to the report, even considering the quantities required for biofuel production, sufficient quantities are available globally to combat hunger. According to the UFOP chairman, there is no reason why rapeseed, grain, sugar beet and so on, cannot be used as raw materials for biofuel production. On the contrary, these constitute an important sales channel and would significantly contribute toward the stabilisation of agricultural revenue.

Forcing market access for fuels from residual materials such as cereal straw with separate quota obligations is not an option, the report claims. This carbon belongs in the soil for humus formation as a contribution to soil improvement and climate protection. The EU should instead look at global market surpluses as a cause for rising price and revenue pressure. On the one hand, the requirements for fertilisation and plant protection are increasing; on the other, European arable farming will be exposed to competition from large farms in North and South America. As a result of this "market policy”, farmers in developing countries equally lose out, given that they also need appropriate producer prices, Vogel stressed.

Governments in Indonesia, Argentina, Brazil and the USA supported their producers with higher blending quotas for biofuels. Furthermore, those countries were making their way onto the EU market. The Indonesian government has announced that it intends to prevent the phasing out of biofuels made from palm oil, which will begin in the EU at the beginning of 2024. In the coming months, the European Union could demonstrate just how important they consider the sustainable production of agricultural raw materials in Europe to be.

The UFOP demands an appropriate and sustainable biofuel strategy. The “food or fuel” discussion is a dead end, as it should be consistently pursued for all possible applications of products made from renewable raw materials. In this case, not only biofuels, but a significant part of the bio-economic strategy would be "dead". For the UFOP, the early revision of RED II announced by the EU Commission is a possible solution. The system limits for greenhouse gas accounting would have to be reconsidered and also applied to material use Vogel cites the example of rapeseed meal. This GMO-free protein animal feed must be taken into account in the greenhouse gas balance, given its substitution effects. These are brought about because the cultivation of rapeseed for use in biofuels, with the supply of the co-product protein feed, reduces the corresponding import requirement of soya as well as land requirements in other regions. At any rate, the area under cultivation in the EU is limited by crop rotation restrictions and environmental measures under regulatory law. As such, the extent of cultivation could be said to be self-regulating.