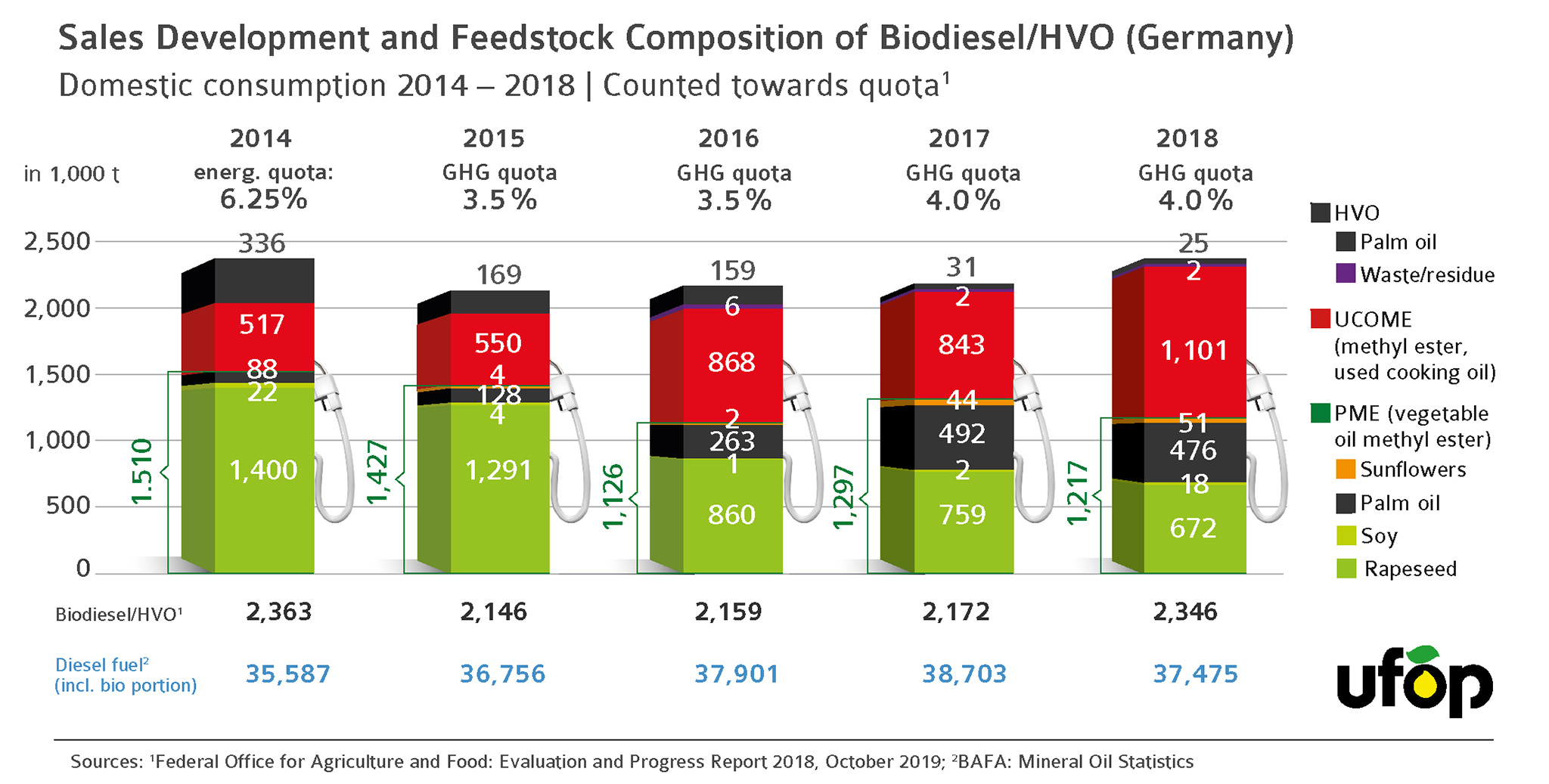 Berlin, 21 November 2019. The Union for the Promotion of Oil and Protein Plants (UFOP) sees the decision taken with a vast majority by the European Commission's responsible committee on trade defence measures last week to charge imports of biodiesel from Indonesia with a punitive tariff between 8 and 18 percent as a success for fair competition. The committee thus answered to a complaint of the European Biodiesel Federation EBB. The UFOP points out that this does not restrict the import of palm oil for the production of fuels in the European Union.

This measure would therefore not bring about the hoped-for effect of alleviating the market burden of domestic raw materials such as rapeseed, especially as the displacement effect of biodiesel from waste oils continues, especially in Germany, UFOP notes critically. Since 2014, the share of biodiesel from rapeseed oil has more than halved from approx. 1.4 million t to 0.67 million t. By contrast, biodiesel production in Germany was not reduced, resulting in a total of more than 3 million tonnes, and rapeseed oil, at around 60%, was the most important source of raw materials, the association emphasizes. However, the corresponding biodiesel quantities are exported. In Germany, these quantities could contribute to the fulfilment of the greenhouse gas reduction obligation in the transport sector.

Alternative drives or fuels such as e-mobility or the synthetic fuels from renewable electricity in the distant future are waiting for the market ramp-up. The Federal Government is thus not only giving away climate protection potential, but also taxpayers' money, because Germany would have to buy emission allowances from other member states if the set climate protection obligations were not fulfilled. Therefore, the UFOP now calls on the Federal Government for an adjustment of the greenhouse gas reduction obligation, by increasing the GHG rate as of 2020 from 6 percent to 16 percent in 2030. UFOP reminds that these issues will be presented and discussed on occasion of the 17th International Conference on Renewable Mobility”, 20/21 January in Berlin: https://www.fuels-of-the-future.com/